PS4 ASSASSIN'S CREED VALHALLA DAWN OF RAGNARÖK ₦26,700
Back to products
Next product

In the most ambitious expansion in franchise history, Eivor must embrace their destiny as Odin, the Norse god of Battle and Wisdom. Unleash new divine powers as you embark on a desperate quest through a breathtaking world. Complete a legendary Viking saga and save your son in the face of the gods’ doom. 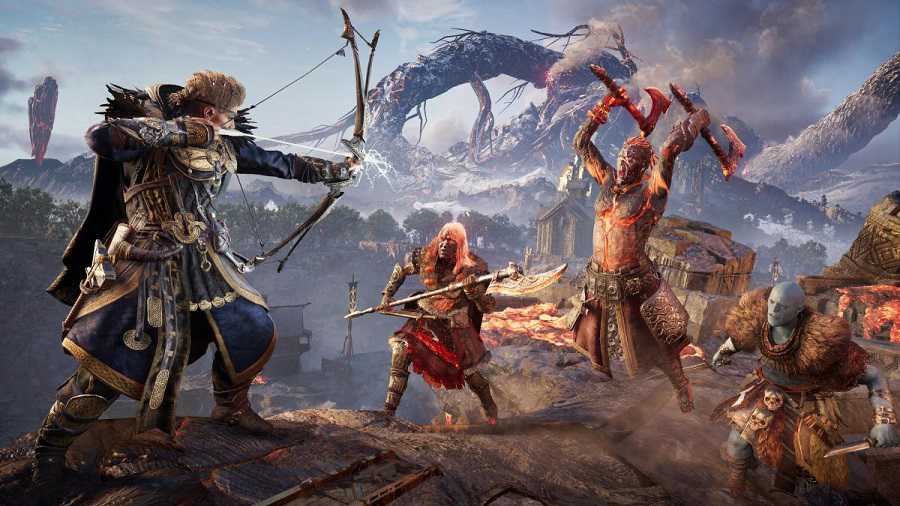 WIELD THE POWERS OF A GOD

Wield incredible, otherworldly powers. Absorb new abilities from those you’ve defeated and use them to slay all who stand in your way. Shape-shift into a raven for spectacular assassinations or resurrect your defeated foes to fight on your side. Transform your skin into magma to protect yourself, infuse your weapon with ice to unleash devastating strikes, and more.

Faced with visions of a new threat, Eivor must embrace their destiny as Odin and enter the mythical dwarven realm of Svartalfheim, a beautiful but hostile world under invasion. From underground forges to soaring golden peaks, immerse yourself in a vast, perilous new world of Norse mythology as you embrace your fate as a Norse god.

Face off against Jotnars, foes of ice from Jotunheim, and Muspels, new enemies of fire from Muspelheim. Battle a wide range of enemy archetypes, infiltrate their strongholds, and wield their own powers against them as you grow stronger. At the head of this army stands Surtr, an unkillable fire giant and the greatest enemy that Odin has ever faced.

As Odin, embark on a desperate quest to rescue your son, Baldr, from imprisonment at the hands of an unspeakable foe. Use your wit and cunning to infiltrate hostile territory, gain dwarven allies, and take revenge on Baldr’s captors. Odin’s journey will force him to confront his own fate against the certain doom of Ragnarök.