Dragon Ball Z Kakarot ₦16,500
Back to products
Next product

Experience Rockstar Games’ critically acclaimed open world game, Grand Theft Auto V. When a young street hustler, a retired bank robber and a terrifying psychopath find themselves entangled with some of the most frightening and deranged elements of the criminal underworld, the U.S. government and the entertainment industry, they must pull off a series of dangerous heists to survive in a ruthless city in which they can trust nobody, least of all each other. 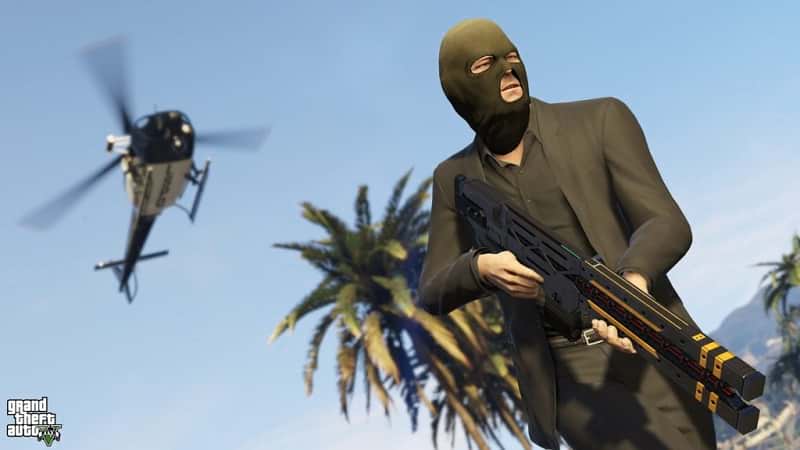 Explore the stunning world of Los Santos and Blaine County in the ultimate Grand Theft Auto (GTA V) experience, featuring a range of technical upgrades and enhancements for new and returning players. In addition to increased draw distances and higher resolution, players can expect a range of additions and improvements including:

A host of new, exclusive content awaits for players returning from the PlayStation®3 and Xbox 360 to the PlayStation®4 including rare versions of classic vehicles to collect from across the Grand Theft Auto series such as the Dukes, the Dodo Seaplane and a faster, more maneuverable Blimp; activities including wildlife photography and new shooting range challenges, new weapons and more.

TRANSFER YOUR EXISTING GTA ONLINE CHARACTER
Existing players on PlayStation®3 or Xbox 360 will be able to transfer their current Grand Theft Auto Online characters and progression to PlayStation®4.

Be the first to review “GTA V” Cancel reply